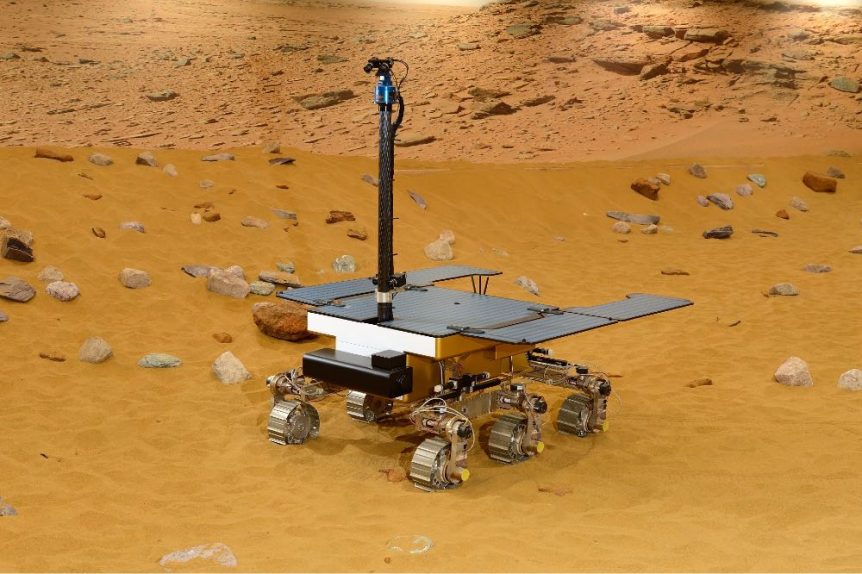 One of the most exciting innovations ever will feature at this year’s Advanced Engineering UK. Over the two days of the UK’s leading engineering and manufacturing event, at the NEC, Birmingham on November 3 and 4, 2021, an original prototype of the ExoMars rover will be on display.

The Airbus Defence and Space UK prototype, commonly known as Bruno, is semi-autonomous and equipped with all the same technology as the final rover, including the sensors, actuators and cameras that allow the rover to see in 3D while navigating the red planet. The final flight rover will be equipped with a drill that can bore two metres deep, and metal wheels that have the same flexibility as rubber, without risking contamination to any life that it finds.

The ExoMars rover will be the first rover used to directly search for life on Mars as part of a joint mission between the European Space Agency (ESA) and Russia. The rover is just one example of how the UK’s engineering industry is leading the way in space and satellite innovation.