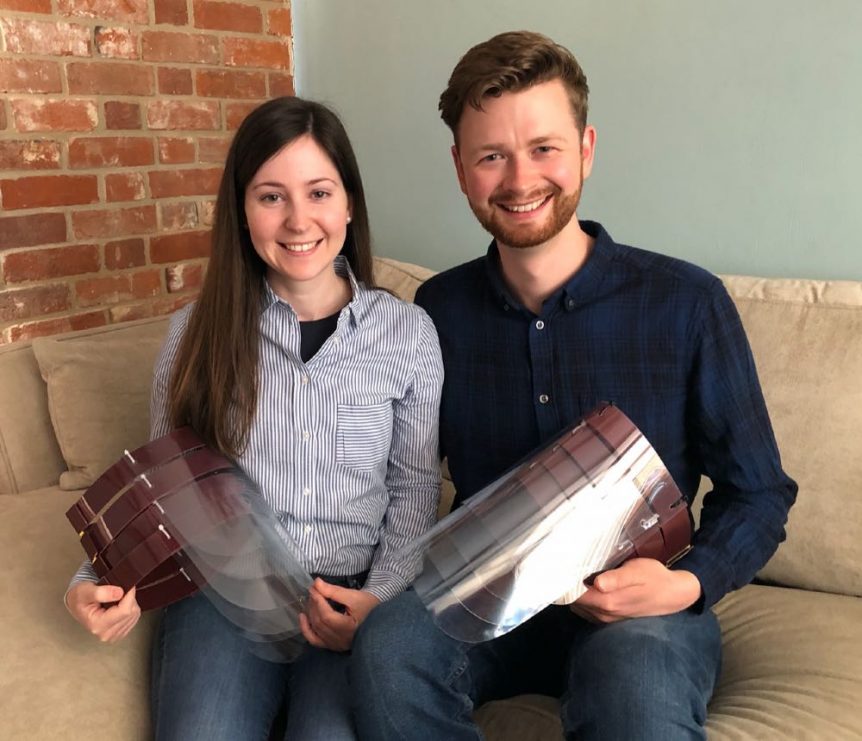 Having already made and distributed nearly 500 face shields for the NHS, Oliver Millington, Beverley Maloney and Michael Ling (pictured right )of the Design & Technology (D&T) department at the Royal Hospital School (RHS) in Suffolk have been struggling to keep up with demand.

Michael Ling, 31, a D&T teacher at the school, has come up with a solution that has made the assembly stage of production 6 times faster. He has created a self-assembly face shield kit that is simple to put together and comes with instructions as well as an example of one made up for people to see.

To date he has distributed face shields to care homes in Aldeburgh, Barham and Wickham Market, a group of midwives in Saxmundham, a children’s home in Ipswich and the doctors’, pharmacy and ambulance crew in Wickham Market where he lives. Commenting on the response, Michael said:

“There has been a lot of great feedback and the shields seem to be making a difference in reducing people’s anxiety. Many of the places had no visors at all and very limited PPE. When I ran out of materials, my neighbours have helped to source them and even the Wickham Market post office donated elastic bands that go round the back of the visors”.

A post on a local Facebook group about the shields went viral and Michael has been inundated with requests from as far afield as Somerset and currently has enough components to supply a further 550 visors. Now summer term has started, he has returned to remote teaching but, together with his partner Patricia Casanova (pictured left) , plans to continue making PPE equipment for as long as demand exists.