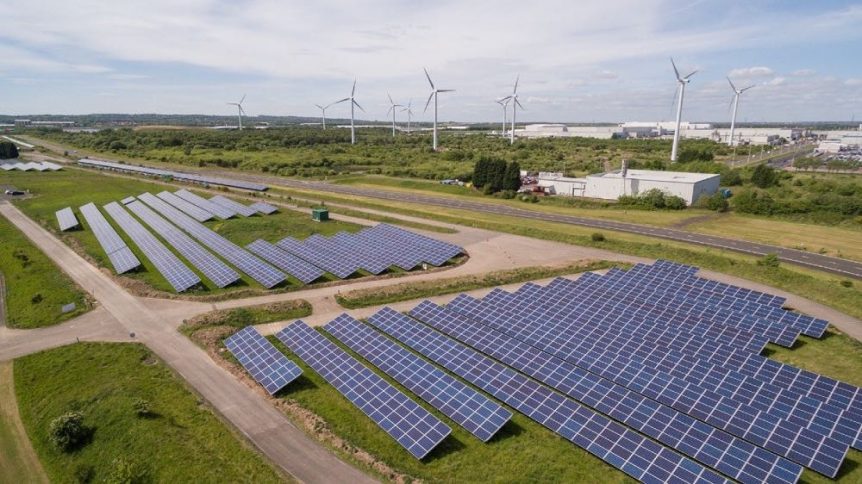 If approved, it will be a major step towards developing Sunderland as one of the leading UK cities for low-carbon technology and production and create many high-skilled jobs in the area.

The proposed expansion will also see Nissan move closer to its aim of becoming a carbon neutral company by 2050 by ensuring that at least 20 percent of the plant’s energy needs would come from renewable sources.

In effect, this is enough to build every single zero-emission Nissan Leaf sold across Europe – an important staging post towards the company’s ambition of electrifying all the vehicles it manufactures by 2030.

Calculations also show that the new Solar Array would result in an annual reduction of approximately 4,500 tonnes of carbon emissions.

The application submitted by Engenera Renewables Group is to operate the expanded solar Array for a period of 40 years, after which the site will be decommissioned and returned to its existing condition.

Approval of the plans would also kickstart a second phase of decarbonisation plans for Nissan, also delivered by Engenera, which would involve solar car ports, EV charging stations, and a range of renewable heat solutions.

New government targets designed to reduce carbon emissions by 78% (compared to 1990 levels) by 2035 – a 15-year reduction on the previous target of 2050 – mean growing incentives for businesses to reduce their carbon footprint and invest in renewable energy projects using technology that can also often cut their own bills and even provide a long-term income stream.

To aid businesses and large organisations on this journey, Engenera Renewables Group has recently broadened its offering to encompass a wider range of renewable energy solutions, pivoting to become a decarbonisation partner for businesses seeking a holistic solution to better manage all their energy needs and help them align with government targets.

Engenera is also one of the few renewable energy companies in the UK able to offer renewable energy installations at no capital outlay to customers able to sign power purchase agreements (PPAs). This is because it can access a £100 million green bond programme that is financed by multiple PPAs arranged by Engenera.